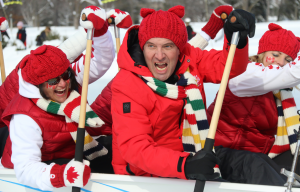 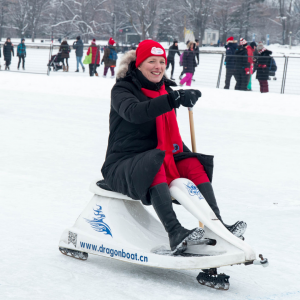 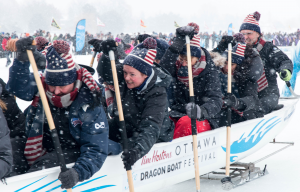 INCLUDING THE IDB1 WORLD CHAMPIONSHIPS, A FREE CONCERT SERIES AND MORE!

Registration, which has sold out in the past in less than ten minutes, opens at 12:00 PM EST on October 5th. Organizers are anticipating 1,200 competitors representing teams from across Canada and around the globe will brave the cold on the Rideau Canal Skateway at Dow’s Lake. Boats are adorned with dragon heads and tails and are equipped with skate-like blades that glide along the frozen 100-meter race course as competitors use spiked ice-picks in pursuit of championship gold! For those of you that want to feel a little bite from that winter-air chill, register for this unique Canadian winter experience!

The BeaverTails Ottawa Ice Dragon Boat Festival will take place on unceded territory of the Algonquin Anishinaabe Nation and will honour this with a special presentation by Indigenous Experiences as part of the event’s Opening Ceremony.

The festival also honours the cultural traditions and rituals of dragon boat racing with a performance by the Success Dragon Lion Dance, followed by the centuries old tradition of the mythological eye-dotting ritual which breathes fire into the ice dragon boat festival, to awaken the spirit of the dragon.

Performing the National Anthem will be C5: The Chinese Canadian Children’s Choir of Canada, who help celebrate the relationship between Canada’s capital City, Ottawa, and its sister city, Chinese capital, Beijing.

The 7th annual ODBF Shiver ‘N Giver fundraising races will be held on February 3rd under the night sky on an LED lit race course. Races will be held for the top fundraising teams in the Mixed Division and Women’s Divisions. Our partners over at ODBF.CA invite supporters to warm their hearts this winter and raise funds through the ODBF Shiver ’N Giver Fundraising Drive to raise money for local charities.

Competition heats up following the first ceremonial musket shot being fired by members of the 100th Regiment of Foot prior to the start of races on Saturday, February 4th. After a full day of races the day’s Champions will be crowned in a closing awards ceremony at HMCS Carleton.

On February 11th and 12th Ottawa hosts the 1st IDB1 World Championships at TD Place Arena. IDB1’s, solo “ice dragon boats”, were first introduced in North America at the inaugural BeaverTails Ottawa Dragon Boat Festival in 2017. IDB1’s will be available for competitors to try on the Rideau Canal Skateway at Dow’s Lake on February 3rd and 4th prior to competition the following weekend.

In addition to all the action on the ice there will be a spectacular indoor free concert series to warm things up, from February 3-20, at Ottawa’s legendary home of live music, The Rainbow. Already announced are performances by Barry & the Blasters, Craig Cardiff, The Commotions, Emma Lamontange, Faux Confessions, HOROJO, JW-Jones, Lynne Hanson, Main Street Revival, Moonfruits, The Peptides, Pony Girl, Rory Taillon, Steve Neville, Silent Winters, Taming Sari, and We Were Sharks with more performances to be announced as the festival approaches.

Organizers are excited to present all these activities and more including wood sculptures from Aylmer-based chainsaw artist Josh Dagg, an IDB1 ice sculpture that will be presented alongside many other wonderful ice sculptures showcased as part of the annual Winterlude festivities.

The BeaverTails Ottawa Ice Dragon Boat Festival invites everyone to come to the Nation’s Capital to enjoy all the activities and concerts throughout the festival.


EIN Presswire’s priority is source transparency. We do not allow opaque clients, and our editors try to be careful about weeding out false and misleading content.
As a user, if you see something we have missed, please do bring it to our attention. Your help is welcome. EIN Presswire, Everyone’s Internet News Presswire

,
tries to define some of the boundaries that are reasonable in today’s world. Please see our
Editorial Guidelines
for more information.